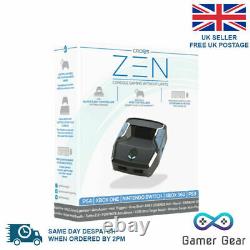 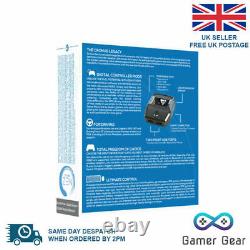 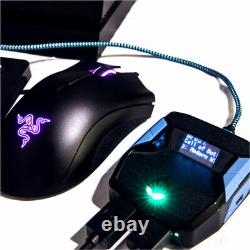 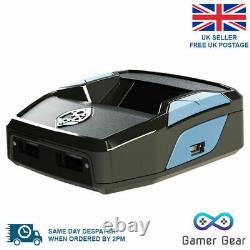 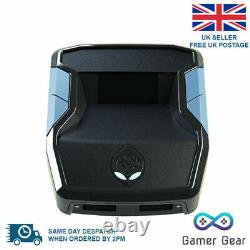 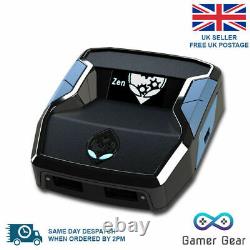 Zen moves that legacy forward, giving the gamer the most powerful platform on the market, allowing advanced crossover platform gaming technology, unparalleled keyboard and mouse precision, combined with unsurpassed MOD scripting capability of combos and macros with the new Zen Studio software. Cronus Zen unleashes the true power of your controller, unlocking more features than ever before. There are thousands of free MODs developed by the Cronus Community for all the latest games, including Rapidfire, Anti-Recoil, Aim Assist, Aim Abuse, Quickscope, Strafe Shot, Drop Shot, Fast Reload, Auto Sprint, Sniper Breath, Steady Aim, and much more - without spending hundreds of dollars on an expensive modded controller! There is additional support for Windows PC and it's also possible to connect to devices such as Android and Raspberry Pi. Zen also empowers the gamer with the ability to mix and match different devices to give you freedom over your playstyle.

Analog stick control support is also included for player movement combined with the high fidelity of a gaming mouse, as well as support for using a controller alongside a keypad - where each and every key can be programmed with any number of scripts or MODS at the touch of a button. Note: PS5 support requires a 3rd party licensed ps4 controller (Recommend HORI PS4 Mini-pad). Get the edge in FPS games with advanced 1:1 controller to mouse conversion with no lag.

Cronus Zen provides the highest speed and aiming accuracy possible for console shooters with precision Mouse & Keyboard optimization for the biggest FPS games, like Fortnite, Apex Legends, Call of Duty, Battlefield and many more! The Cronus Zen detects as a controller, so no segmented lobbies - compete head to head directly with other controller users. Unlock the full potential of your controller with our powerful GPC scripting language, which gives both beginners and advanced users the ability to run millions of possible MOD combinations on a controller without special chips or soldering. Originally built with the award-winning CronusMAX PLUS, the GPC library contains thousands of free, ready to use scripts for the very latest games - updated daily by the 190,000+ strong Cronus Community. All CronusMAX scripts are compatible with Zen (some will need updating - simply speak to the author or a member of staff in the community if you'd like a script updated to be compatible with the new Zen scripting engine).

Pre-Configured GamePacks are created by expert gamers in the Cronus Community, who spend hundreds of hours playing the most recent titles, unlocking the most choice MODs and exploits, which are then engineered specifically for each game. Breathe new life into your old racing wheel with Cronus Zen, now supporting Logitech Driving Force GT, Logitech G25 and Logitech G27 wheels, plus many Fanatec wheels, fully functional on a PS4 console, including full force feedback, pedals, and shifter support.

Zen Studio software for Windows is the heart of Cronus Zen. It provides easy access to the most advanced MODs, Scripts, and Macros.

Download directly from the GPC Library, or a pre-configured GamePack, created by expert gamers in the Cronus Community. Zen Studio also has many incredible plugin features such as M&K Settings (setup and configure your Mouse & Keyboard), MAX Combo (record your controller inputs directly to GPC script), and MAX Mapper (easily remap any buttons, analog sticks or sensors, as well as sensitivity adjustments for any button and advanced sensitivity adjustments for analog sticks). Pair any compatible wireless Bluetooth controller directly to the Cronus Zen in seconds without the need for expensive add-ons or third-party USB Bluetooth adapters. Connect a gaming headset directly to your controller with Cronus Zen.

Includes full support for in-game audio and party chat. If your controller is unable to support audio (such as Bluetooth controllers), we have included a special feature where it can connect to a wired pass-through controller that does support audio, so no matter your configuration, there is always a solution. All Xbox One controllers that use the Xbox One Wireless Adapter and the Astro C40 PS4 Wireless Controller fully support headset audio without requiring a wired pass-through controller! The Cronus Zen OLED screen brings MODs into the 21st century. View detailed information about scripts and GamePacks, navigate menu systems built using new open-source commands with the GPC scripting language, giving you the ability to fine-tune your MODS and GamePacks with ease.

To give you an idea of how big that is, the average size GamePack for the award-winning CronusMAX PLUS was 4k, and that included at least 10 really powerful MODS with multiple configuration options. LIST OF COMPATIBLE PLATFORMS & CONTROLLERS. The following list of consoles and controllers are fully compatible with the Cronus Zen. A computer is required to change the settings, update to the latest firmware and program the device with the latest GamePacks and scripts.

We're based in the UK. Customer service is the cornerstone of what we do. So any questions, just ask!

If the address is incomplete or incorrect, it will be unlikely your order will arrive. We do not provide free of charge replacements where incorrect or incomplete addresses are provided.

We can arrange for a replacement to be sent out, but once a return request is raised, we cannot send a replacement. The item "CRONUS ZEN Mod Controller Keyboards Mouse No Recoil Aim Xbox Playstation PC" is in sale since Saturday, July 10, 2021. This item is in the category "Video Games & Consoles\Video Game Accessories\Controllers & Attachments". The seller is "console-gamer-gear" and is located in Farnborough.

This item can be shipped to all countries in Europe.